On September 12, 2017, I bought on Ebay.com a (what to me seems to be) Gorham Sterling Silver Smith Corona Portable typewriter. After paying for it, however, the typewriter got lost. It's three months later now, and it still hasn't arrived. These Gorham Silver Smith Corona's are extremely rare: less than 10 are still known to exist.

The one I bought wasn't in very good shape: as you can see on the pictures below, the silver plating has a lot of wear all over, but especially on the ribbon cover (left) and on the edges below the space bar. This specific wear makes this particular specimen unique and, more important: recognisable. If you recognise this typewriter and know where it is, please let me know: schrijfmachine@yahoo.nl .
Thanks a lot! 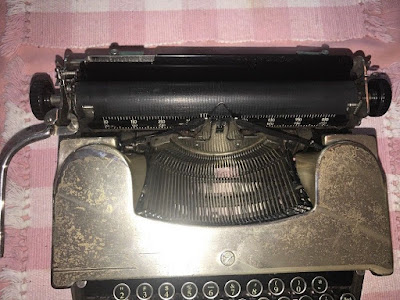 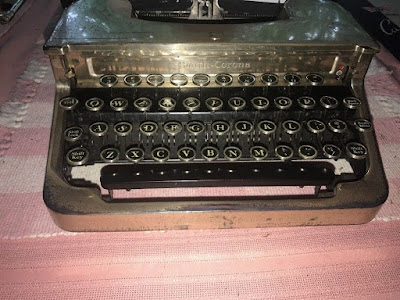 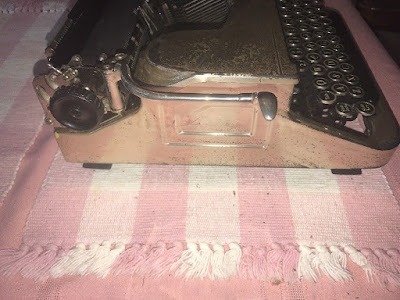 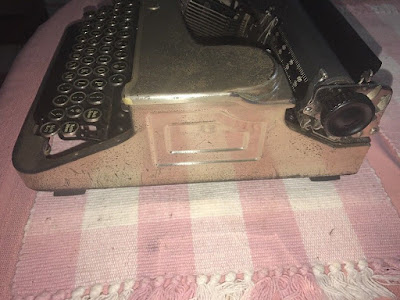 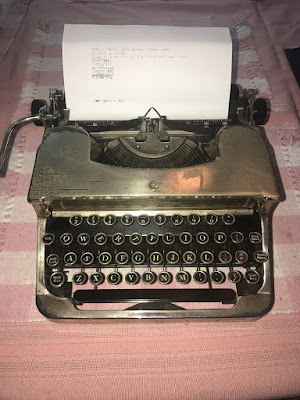 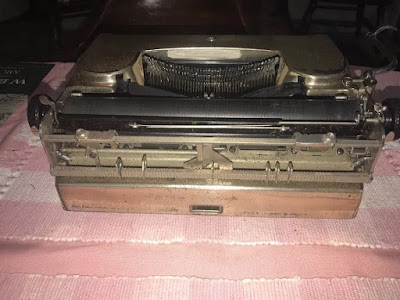 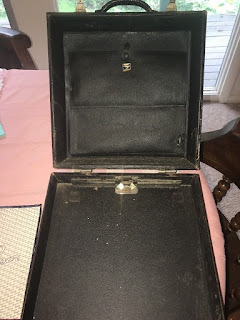 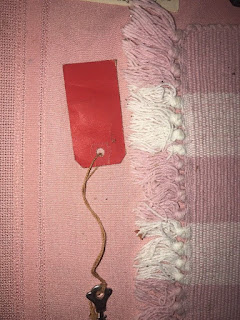 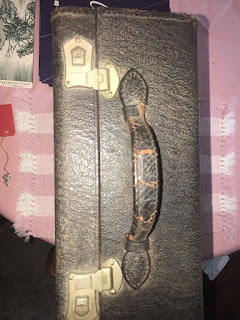 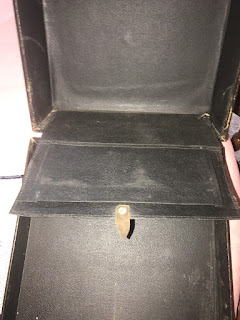 Some thoughts about The Typewriter Revolution, by Richard Polt

After I read The Typewriter Revolution, by Richard Polt, I couldn't wait using a typewriter and entering the Typosphere. Here are some thoughts about the book. Sorry for the slow start in the typecast; I've never written more on a typewriter than just a few sentences. 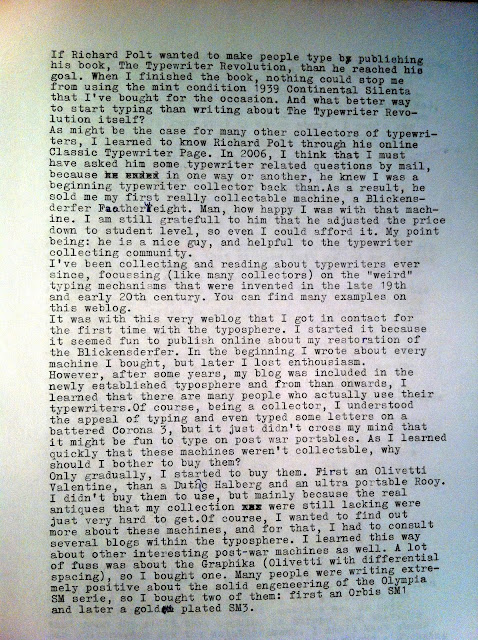 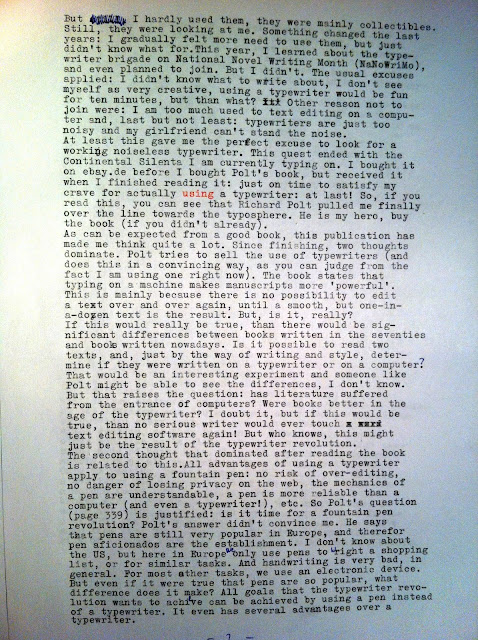 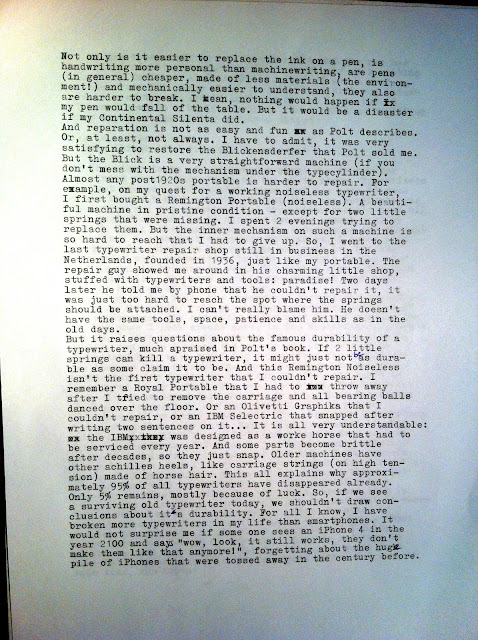 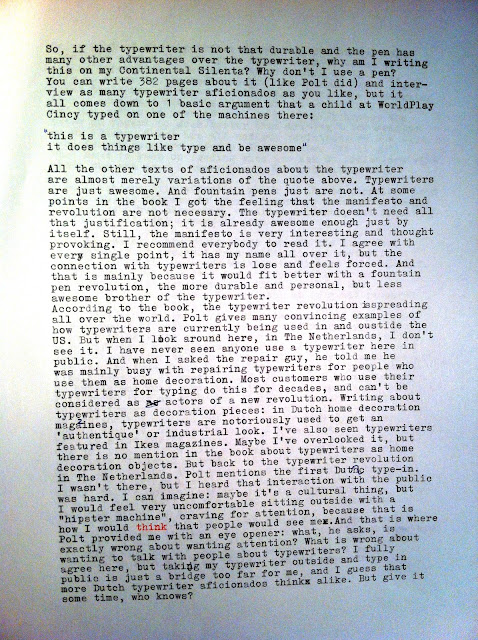 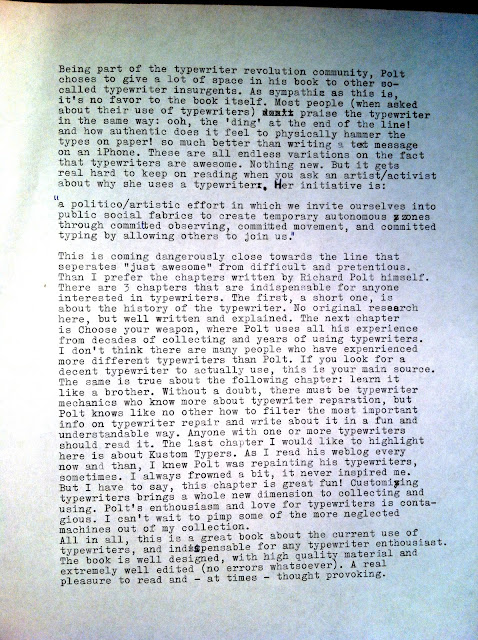 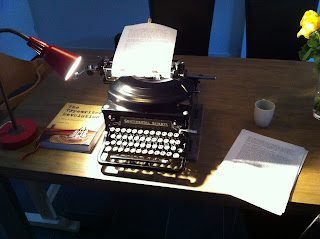 Last week, I finally bought a very early Wagner-Underwood #5, with serial number 3932-5. Not many earlier Underwood #5's are known to have survived. I was able to buy it after some harsh negotiations, just 10 minutes driving from where I live. It needed some minor repair and a lot of cleaning, but now it's working again.

According to the serial number, this machine was made in 1901. However, it features a dealer sticker of Kaptino. This Amsterdam based typewriter dealing company was founded in 1950, but the address on the sticker was used by Kaptino only from 1962 onwards. I think it's amazing that this typewriter was apparently re-sold again over 60 years after it came out of the factory!


As the typewriter was re-sold by Kaptino in the 1960s (or later), it's possible that the machine was rebuilt or thoroughly serviced. It seems it was repainted at some spots, but not everywhere. For example, the Wagner-decal at the back is still visible. To me, it seems that the hardware is still original. That makes sense, as Kaptino re-sold standard typewriters for as little as 59 guilders (a new Underwood costed 415 guilders at the time), see this 1962 advertisement. If this machine was really altered with new hardware, it wouldn't be profitable to sell at such a low price.

Last year, I was lucky enough to buy a dirty Wagner-Underwood 2. I was so excited about the find, that I only posted some snapshots of the machine before cleaning it. Now I've cleaned it and I also replaced the not original (plastic!) letters of the shift- and tabulator-key. It looks far better now:


Can you spot the differences?

Yesterday was just perfect: it was sunny and I could drive my old Mercedes to the Dutch typewriter collectors meeting. Organizer Spider created a very interesting program, opening with a presentation about her own machines. Than all of us presented our favorite portable typewriter. It was the first time I saw a Lilliput typewriter, which Cor kindly took with him. Between and before the presentations we had time enough to inspect all the Halberg portables we took with us.


After the lunch, Spider refereed a real speed typing contest. Albert Tangora would probably turn in his grave, but it was great fun. It looked a bit like this, but slower:


I had to leave early, so I missed out on Jaap's presentation.

Thanks Jaap, Flip, Jos, Harm, Cor and organizer Spider for a terrific day!

Here are some more pictures, taken by Harm:

Last week, I won this Lambert typewriter at an online auction. The grandfather of the seller bought it at least 50 years ago at a flea market in Amsterdam and it had been in the family ever since. The machine is still in good condition, complete and (if I would re-ink the pad) still working. See the video I made, below.

Inventor Frank Lambert (born in France, emigrated to the USA) filed his first typewriter patent in 1884, but it was only in 1900 when the Lambert typewriter was produced for the first time. In the mean time, he made a fortune with the invention of a water meter. The sale of his typewriter proved to be more challenging, although over the next 3 decades more than 17.000 Lamberts were sold. 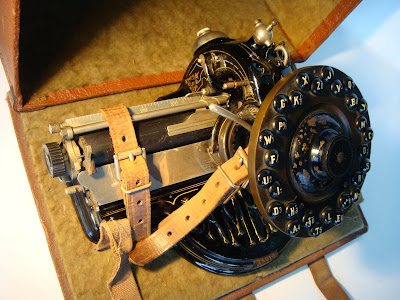 The main reason why people would prefer a Lambert over, for example, an Underwood 5 (the most common standard typewriter at the time), was because the Lambert was four times as cheap. You could own a Lambert for as little as 25 dollar. It was not as good or fast as an Underwood, but for sporadically use at home it was good enough. 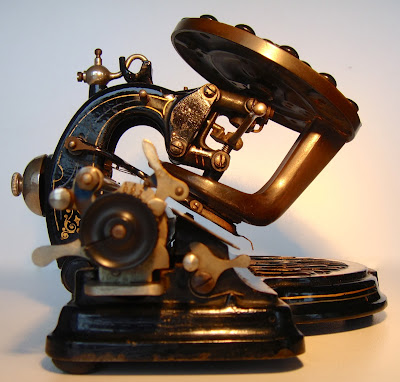 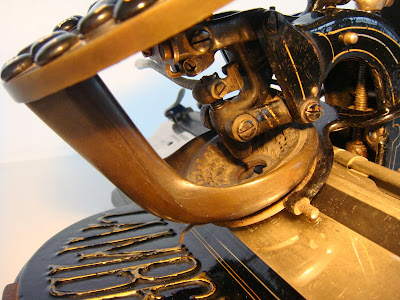 My Lambert typewriter bears the name of Sidney Hébert, but without the label “constructeur”. Strange enough, its serial number is very high: 26.618. The Typewriter Sketchbook mentions that normal serial numbering stopped around 17.000. Only a few machines within the 26.000 range have survived and it is suggested that these machines were numbered differently for export. 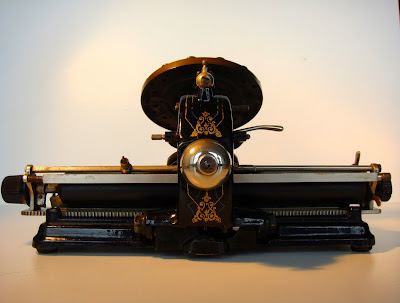 My machine has some export characters on the keyboard (the so-called “multiple key”), so that would subscribe this theory, as well as the fact that it eventually turned up at a flea market in the Netherlands. More important, its multiple key can rotate in order to write italics. According to the same Typewriter Sketchbook, only the first 3.300 Lamberts carried this feature, which is why collectors call these machines “model 1”. 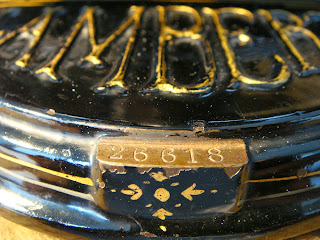 Unless somebody comes up with a better conclusion, all this makes me believe that my Lambert typewriter model 1 should have had a serial number between 2.500 and 3.300, but was numbered differently because it was meant for export. 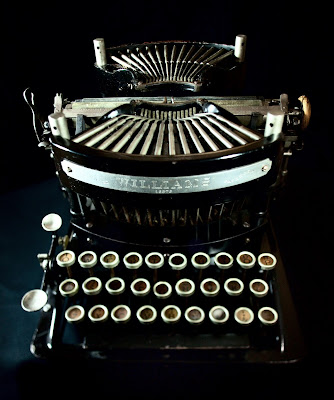 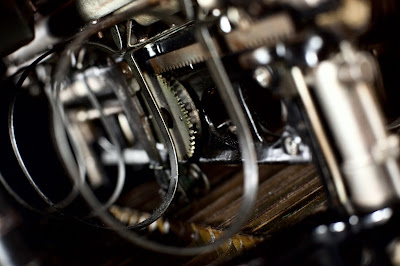 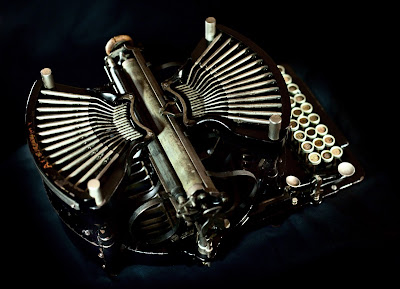 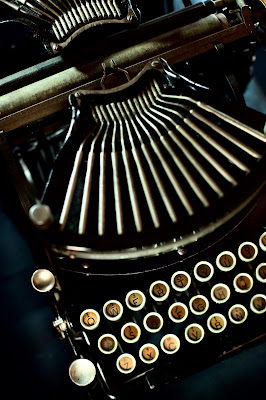 In the next post I'll show the result of part 2 of the photo-session: The Williams 2 Academy. Thanks again, Pim! 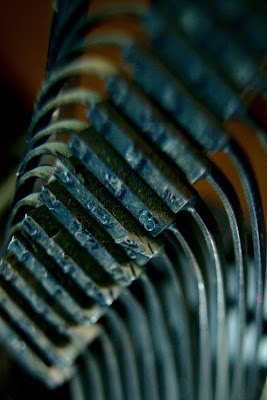 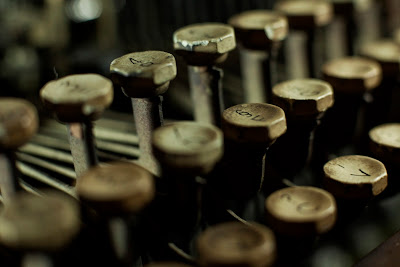 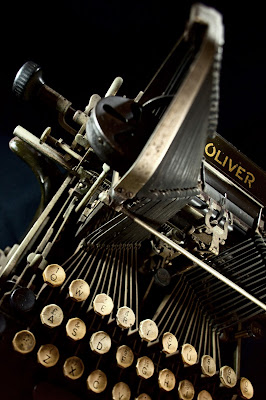