This is NOT a Remington typewriter

This is a Standard Typewriter No 2 (made in 1886). As you can see on the pictures, the name Remington is nowhere to be seen on this machine. There is no red decal on the paper table or on top of the frame, and there is no mention of the name Remington above the keyboard, or on the frame under the space bar. 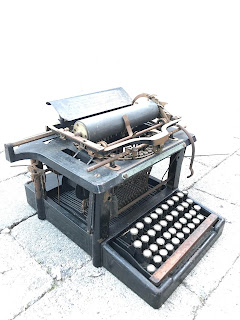 It seems Wyckoff, Seamans and Benedict tried to market this machine as THE typewriter. However, they soon must have realized other writing machines on the market were also known as typewriters, and that this battle couldn't be won. 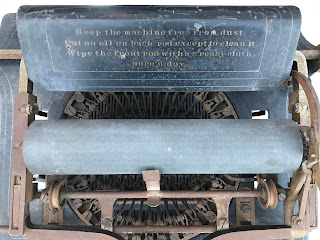 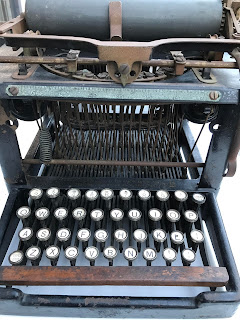 History of the Remington 2 typewriter

Below are some pictures from the internet, of other Perfected, Standard and Remington No2 typewriters, ordered by serial number. Notice the differences:

First, it was called a Perfected Type Writer No2, made by Remington. Notice the space between Type and Writer.

Than it was a Standard Type-writer No2, made by Remington. With hyphen between Type and Writer.

Than it became the same Standard Typewriter, but for the first time, the names of Wyckoff, Seamans and Benedict were mentioned. This is my machine, without the name Remington. It is also the first time "typewriter" was written as one word. Therefor, I could argue I own the first real typewriter. :)

On later machines, Remington came back as manufacturer, and only on the latest machines it was used as a brand name. 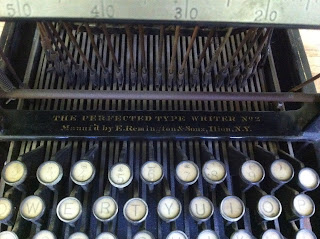 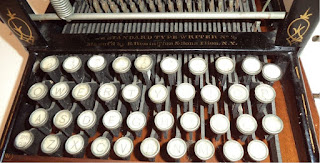 SN18579 (my machine),
The Standard Typewriter No2,
Wyckoff, Seamans & Benedict: 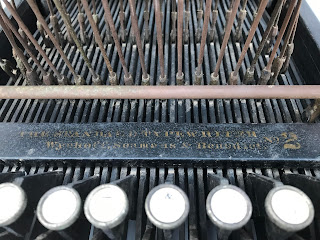 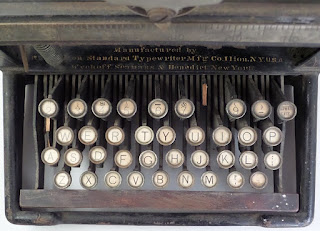 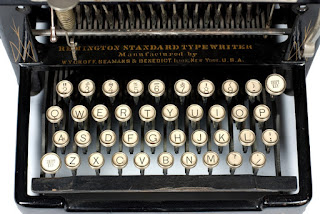