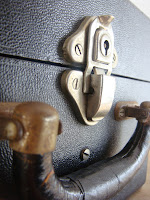 This weekend, I stumbled upon the sale of some typewriters and stenotype machines on a massive collectors meeting in Utrecht. I decided to leave the typewriters for what they were, and bought a stenotype machine: the Tachotype. I had no idea what it was or how it worked, but I was eager to find out at home. After some searching on the internet, I found out that the Tachotype was invented in 1935 by a Dutch stenotyper, Marius den Outer. 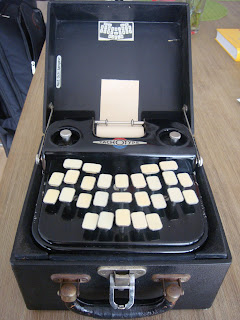 The Tachotype makes use of the fact that most syllables start with a consonant, followed by a vowel and end with another consonant. On the left side of the keyboard are the most used consonants, in the middle are the vowels and on the right side another set of consonants. You can type several letters at once, after which the line will go one space down, and a new syllable can be typed. Because Den Outer didn't want to make his keyboard too complicated, he left out some letters, like the "d". In order to type a "d", you have to type "tj". For an example, see Martin (1949), p. 422. The advantage of the Tachotype above other stenotypers is that you actually type real text, and not some kind of code. 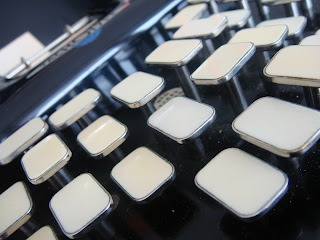 It seems a complicated way to type fast, but apparently, it was worth it: In 1938, Den Outer improved the Tachotype and named it the Velotype. Than, in 1983, he made an electronic version, followed in 2001 by the Veyboard, which is a Tachotype-kind of keyboard, that can be plugged into any laptop with a USB connection. This is just one of the many machine shorthand systems currently used around the world. 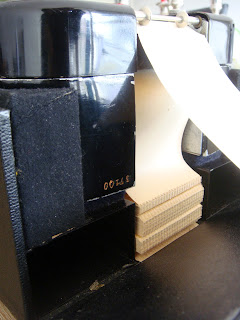 In fact, the Veyboard is still often used at my work by speech-to-text-reporters to assist deaf colleagues during meetings. They type at speaking speed, only hindered by the excessive use of jargon and three letter abbreviations that are so common at my job. The deaf person sitting next to the velotyper can read the text real-time on the monitor of the computer to which the Veyboard is connected. 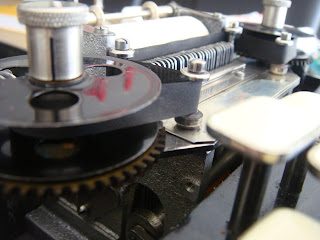 Very interesting. I have seen some Tachotypes online and think they are neat looking machines.

So you're saying that den Outer invented this in 1935 and was still around in 1983 and 2001 to create new inventions? Long-lived man, if so!

Thanks!
He lived long enough to make the electronic version in 1983, but died a year later (according to what I found on internet).
http://www.schrijftolk.org/node/398